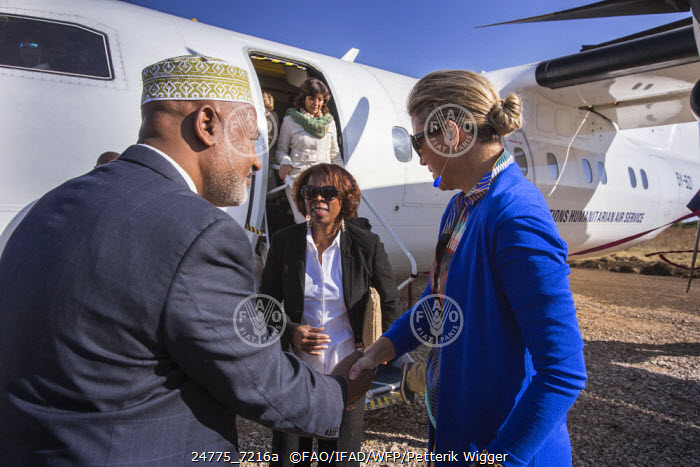 
QUEEN MIMA AND SENIOR UN OFFICIALS VISIT ETHIOPIA AND TANZANIA TO HIGHLIGHT THE ROLE OF FINANCIAL INCLUSION IN IMPROVING THE LIVES OF RURAL POOR ADDIS ABABA ? Her Majesty Queen M?ma of the Netherlands and the three food agencies of the United Nations are teaming up to raise awareness of how access to financial services ? such as bank accounts, short-term credit, small loans, savings and insurance ? can help improve the lives and livelihoods of smallholder farmers and the rural poor. Queen M?ma joins the visit in her capacity as UN Secretary-General?s Special Advocate for Inclusive Finance for Development (UNSGSA). She arrived in Addis Ababa today at the start of a five-day trip to Ethiopia and Tanzania, together with Ertharin Cousin, Executive Director of the UN World Food Programme (WFP), Maria-Helena Semedo, Deputy-Director-General of the UN Food and Agriculture Organization(FAO), and Adolfo Brizzi, the Director of Policy and Technical Advisory Division at the International Fund for Agricultural Development (IFAD). On Wednesday, the group is scheduled to travel to Dar es Salaam, Tanzania, where they will stay until 13 December. Queen M?ma and the senior representatives of the three Rome-based UN food agencies ?FAO, IFAD and WFP ? will meet in both Ethiopia and Tanzania with senior government officials an
Photo Credit
© FAO/IFAD/WFP/Petterik Wigger
Part of