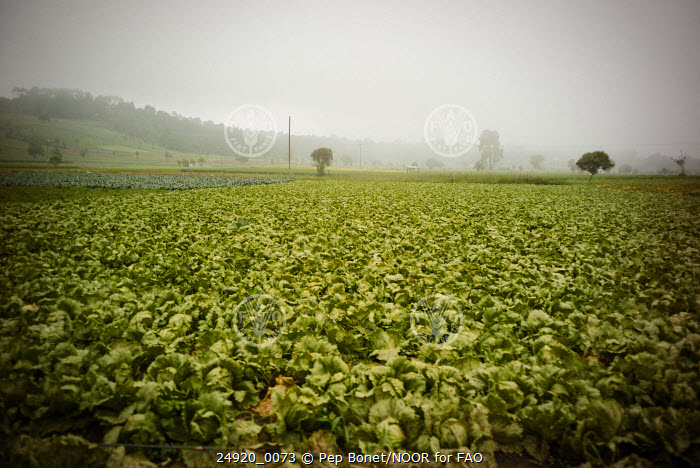 Original filename
24920_0073.jpg
Country
GUATEMALA
Headline
Strengthening the School Feeding Program in the framework of the Hunger-Free Latin America and the Caribbean Initiative 2025
Caption
12 June 2018, Panajachel, Guatemala - One out of every two Guatemalans living in rural areas is engaged in work related to agriculture, fishing or forestry. In developing countries, family farming is the predominant form of food production, and Guatemala is no exception.
72% of agricultural producers are in a situation of poverty, and of these, 31% in extreme poverty.
At the national level, the contributions of family farming are significant, for example: they produce around 21,846,043 quintals of corn, which correspond to 68% of the national production and 1,425,502 quintals of beans that are equivalent to 33% of the production Nacional level.
Support for family farming is a structural strategy for the integral and sustainable fight against hunger and poverty. *** FAO project: Strengthening the School Feeding Program in the framework of the Hunger-Free Latin America and the Caribbean Initiative 2025. The efforts of the Parliamentary Front against Hunger, in close collaboration with FAO expertise, to create discussion and policy momentum led to the approval of the School-feeding Law. The Sustainable Healthy School model, based on the FAO-Brazil Regional Cooperation Programme and South-South Cooperation, has increased from five pilot schools to over 400 nationwide, and will extend to 7,000 in its next phase. Key features of the initiative include healthy and culturally sensitive menus, engaged parents and community leaders, improved dining and kitchen infrastructure, pedagogic school gardens, inter-sectorial cooperation, and public purchases from family farming.
Background: Guatemala?s chronic child malnutrition rates hover at 46.5 percent for children under 5 years of age (the highest rate in the region and the fifth highest worldwide). In rural and predominantly indigenous communities, chronic child malnutrition is especially high - 53 and 58 percent respectively.
More than an investment in increased food and nutrition security for elementary-level school children, the school-feeding law, approved in September 2017, represents a long-term social protection commitment by the Guatemalan government to this otherwise vulnerable age group. More nutritious and sufficient school meals are helping keep food-insecure children in school and ensure their proper cognitive and physical development, with the healthy school menus using locally-sourced fresh ingredients from family farming. Moreover, the local linkages between schools and family farmers allow for school menus that are conscious of cultural norms and regional dietary preferences. The success of the initiative has resulted in the scaling up the sustainable school model from five pilot schools in San Marcos and another five in Huehuetenango (Western Guatemala) in 2014 to 420 schools in the San Marcos, Huehuetenango, and Chiquimula (Eastern Guatemala) departments in 2017, with complementary efforts to integrate fish foods into school menus currently underway.
Photo Credit
© Pep Bonet/NOOR for FAO
Part of