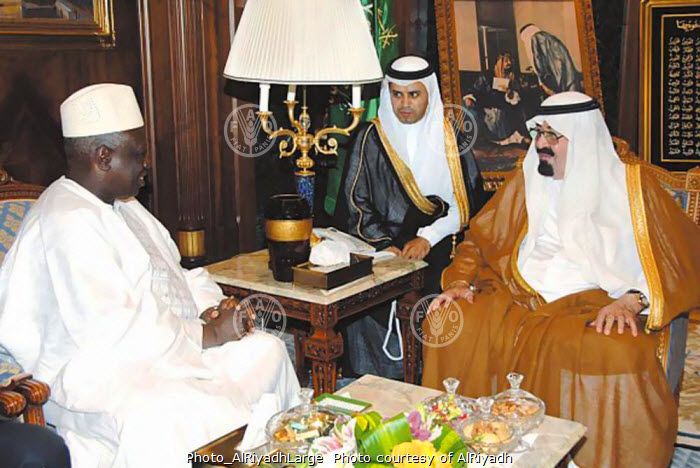 Original filename
Photo_AlRiyadhLarge.jpg
Caption
26 July, Jeddah - FAO Director-General Jacques Diouf and King Abdullah meeting to discuss the upcoming World Summit on Food Security to be held at FAO Headquarters in Rome from 16 to18 November 2009. Saudi Arabia has decided to meet the costs, estimated at $2.5 million, of the Summit, which was called by FAO to reverse the downward trend of investments in agriculture and return to the 1980 level of 17 percent of Official Development Assistance (ODA) with a view to eradicating hunger, which now affects one billion persons, and to double food production for a world population set to reach nine billion in 2050. Heads of State and Government of Members of FAO and the UN are expected to attend the Summit.
"I am very grateful to the Custodian of the Two Holy Mosques, King Abdullah, for his generous offer to fund this important meeting," FAO Director-General Jacques Diouf said. "There are more than a billion hungry people in the world today and Saudi Arabia continues to be at the forefront of the fight against hunger and poverty."
The offer was made on the occasion of Diouf's visit to the Kingdom of Saudi Arabia from July 17-20. The Director-General also met in Jeddah with Agriculture Minister Fahd Bin Abdulrahman Bin Sulaiman Balghunaim, Dr. Ahmed Mohamed Ali Al Madani and Mr. Birama Boubacar Sidibé, respectively President and Vice-President of the Islamic Development Bank.
Photo Credit
© AlRiyadh
Part of