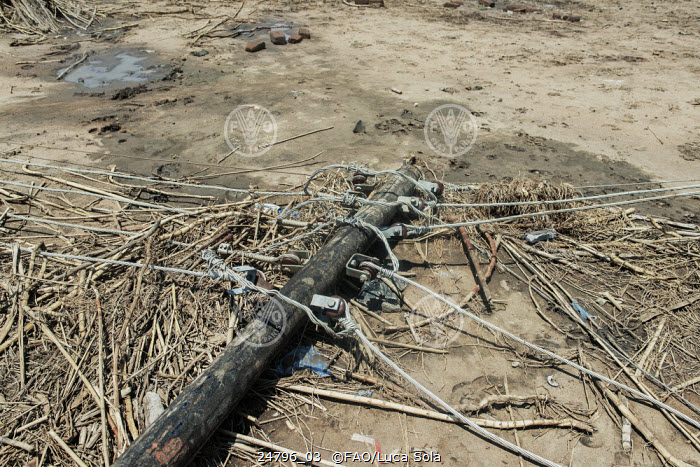 Original filename
24796_03.jpg
Country
MALAWI
Caption
3 February 2015, Nsanje District, Malawi - Visible signs of infrastructure damage following the floods at Sorgin displaced camp. Farmers in southern Malawi urgently need seeds and livestock after intense flooding destroyed their fields and homes, washing away animals and crops and threatening local food security. More than 170,000 people have had to leave their homes. Some 79 deaths have been confirmed so far, while 153 people are still missing in Nsanje district alone. An estimated 116,000 households have lost their crops and livestock.
Malawi is regularly affected by droughts and floods. But the current heavy rains have come ahead of their usual schedule - repeatedly bursting the banks along the Shire and Ruo rivers - and their impact has been far wider.
Photo Credit
© FAO/Luca Sola
Category
DIS
Part of