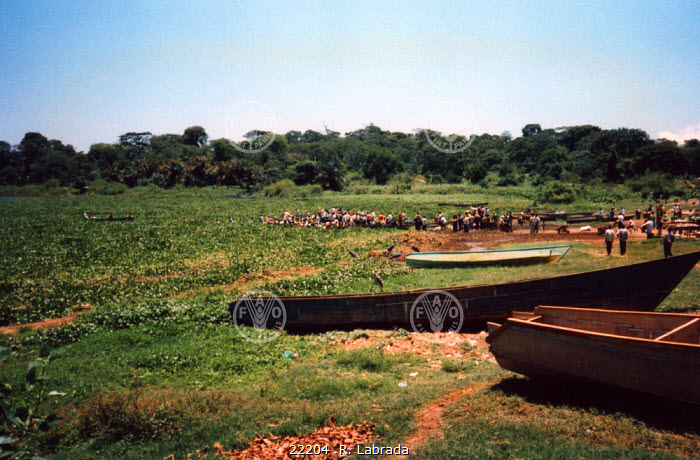 Original filename
22204.jpg
Country
UGANDA
Caption
Boat landing site on Lake Victoria, one of the world's largest bodies of freshwater, infested by water hyacinth. Fishers on Lake Victoria have been hard hit by water weed infestations. The weeds slow down their boats and make landings difficult, and as a result, much of their fish catch decays. Boats also use more fuel to get through the heavy weeds and increased costs are then reflected in consumer prices. - - General: General. The water hyacinth is native to South America. Experts suspect it was brought to Africa in the 1980s by botanists and gardeners as an ornamental plant. However, it is now classed as a water-weed.