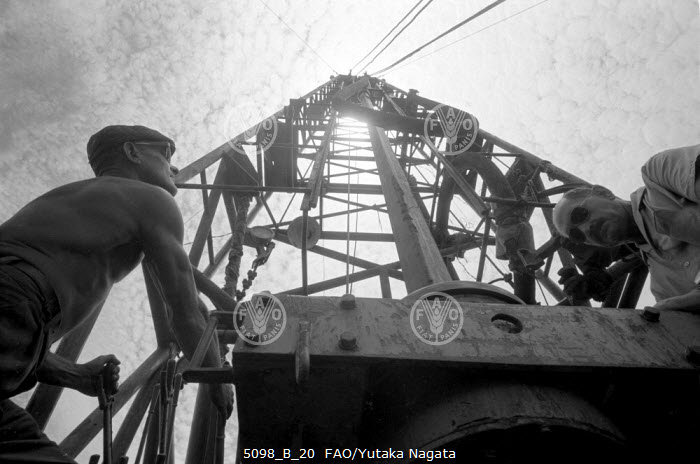 Original filename
5098_B_20.jpg
Country
EL SALVADOR
Caption
El Salvador, 1961 - A view of the drilling operation near Usulutan. FAO drilling superintendent John Ramsay (UK) is seen at right. Doubling of agricultural production and the growing of food crops over the six-month-long dry season in the Rio Grande de San Miguel Vallery in El Salvador has been made possible by the discovery of underground water. Enough water has been found by a joint FAO/El Salvador team working together under a UN Special Fund project to irrigate four times as big an area as the 10,000 hectares now under cultivation.