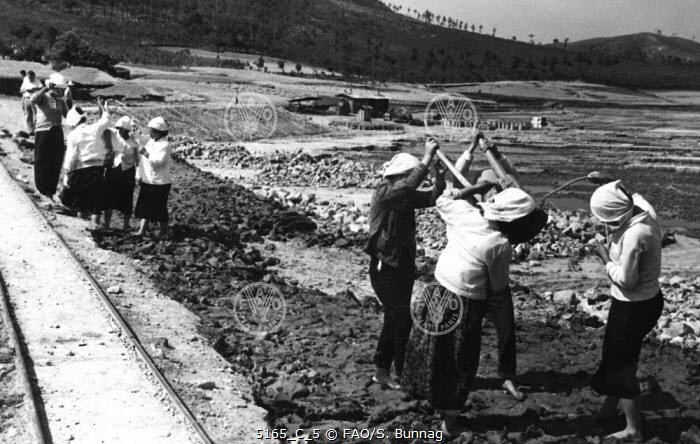 Original filename
5165_C_5.jpg
Country
REPUBLIC OF KOREA
Caption
FFHC - Tigal land Reclamation at Daeduck/Komaz Korea -- 1964 One thousand two hundred and forty hectares of rich tidal land have been reclaimed from the sea in South Korea by a cooperative group of some three thousand families, mostly displaced persons from the north of Nev Zealand voluntary agencies, through Inter-Church Aid, have contributed technical equipmentt and implements to the value of U.S. $ 128000 to the Daeduck wing of the project. 720/5 The vall of storage dam at Daeduck. Rock face can be seen in construction along right of wall. Water from dam ldll irrigate reclaimed tidal land.