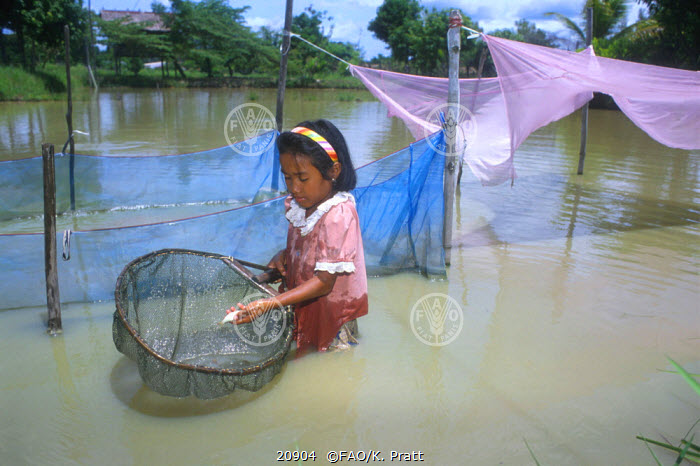 The method of increasing the amount of fish produced from rice fields is to directly stock fish fingerlings (rice-fish culture). Other changes are also necessary to ensure increase production, such as managing water levels and providing refuge areas by raising the walls of paddy fields and digging refuge ponds or small channels. In the areas where water is abundant the fish caught from the paddy can be transferred to the pond bed, and from agricultural wastes in the pond, such as manures and vegetabl
Photo Credit
© FAO/K. Pratt
Part of