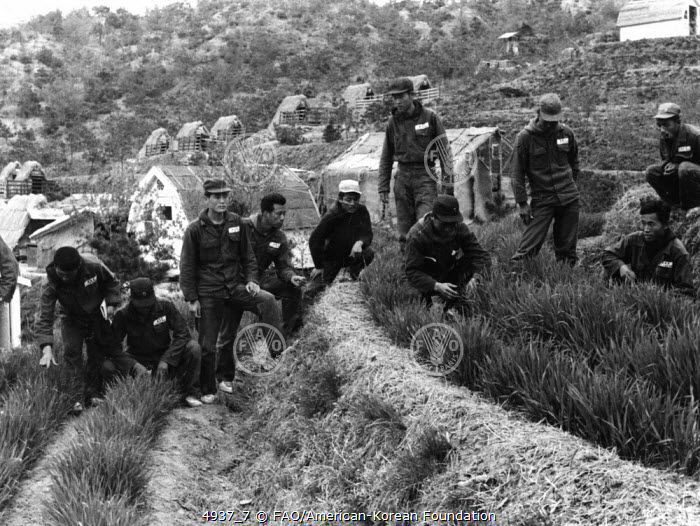 Original filename
4937_7.jpg
Country
REPUBLIC OF KOREA
Caption
Korea, 1963 - A new system of land terracing is spreading throughout Korea which will vastly increase food production as well as achieving maximum soil and water conservation. This improved agricultural technique was first introduced in a U.N. Special Fund project - agricultural survey and demonstration program in the Korean uplands being carried out by FAO with the cooperation of the American-Korean Foundation. Sod growing on the river portion of the terraces with a lush barley growth on the bench portion. This land was formerly 27% slops covered with scrub pine.