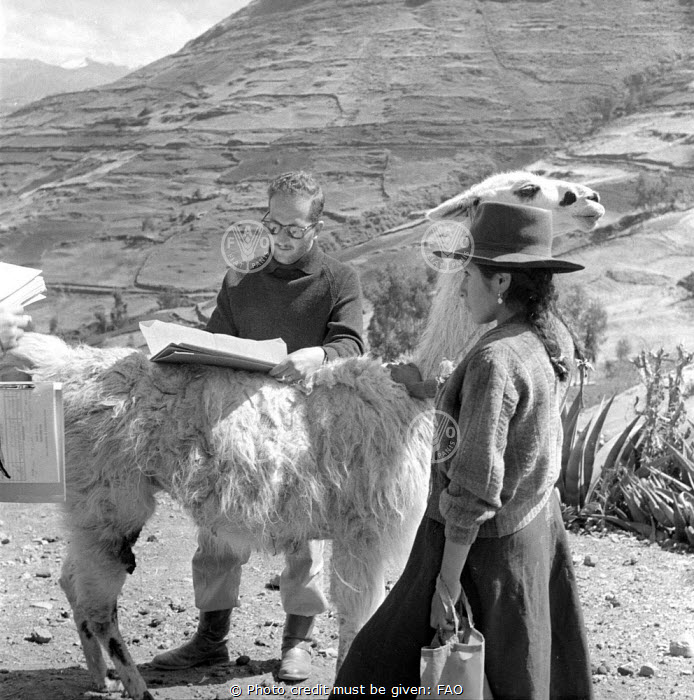 Original filename
3338_25.jpg
Caption
Peru was the best country for the Census Training Centre for Latin America Organized in Lima by the United Nations, the Food and Agriculture Organisation (FAO) and the Inter American Statistical Institute (IASI), from 11 August to 22 November 1958. One of the main activities of the Centre was the experimental census of population, housing and agriculture undertaken in the province of Canta in the mountainous region near Lima. The trainees worked in the small villages where the farming is done on mountain slopes at an altitude of 2.500 to 4.500 meters (7.50 to 13.500 feet) above sea level.
A Fellow using a llama as table on which to write down his notes of the information given by a farmer in Lachaqui.
Photo Credit
© Photo credit must be given: FAO
Part of