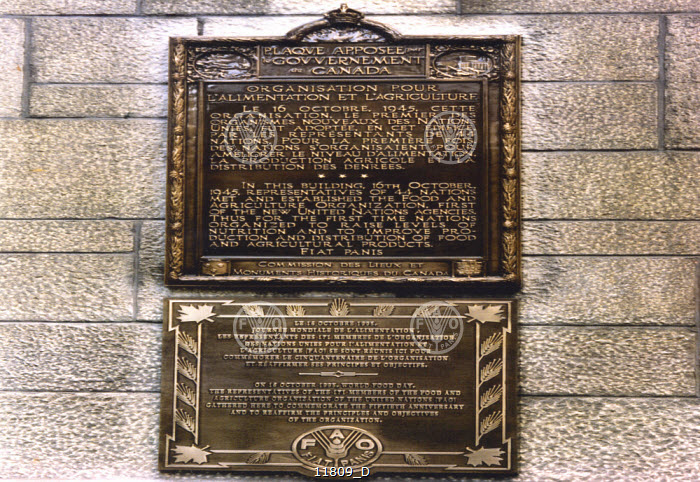 Original filename
11809_D.jpg
Country
CANADA
Caption
Quebec 50th Anniversary - Commemorative plaque - Canada- founding of FAO on which is written: In this building, 16th October, 1945, representatives of 44 nations met and established the Food and Agriculture Organization, first of the new United Nations agencies. Thus for the first time nations organized to raise levels of nutrition and to improve production and distribution of food and agricultural products. FIAT PANIS.

The second plaque states: on 16 october 1995, World Food Day, the representatives of the 171 members of the Food and Agriuclture Organization of the United Nations (FAO) gathered here to commemorate the fiftieth anniversary and to reaffirm the principles and objectives of the Organization.
Photo Credit
© FAO
Part of