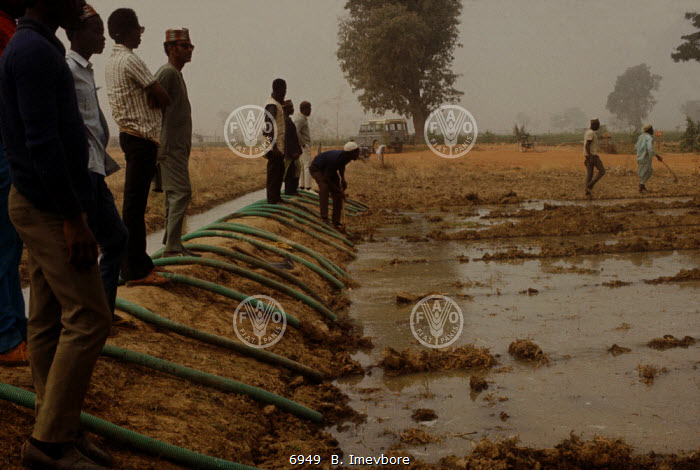 Original filename
6949.jpg
Country
NIGERIA
Caption
The government's Kadawa River Project in the northern state of Kano includes a short-range scheme for safeguards against further drought. Here farmers are being
taught new irrigation techniques - - Sahelian drought zone spreads to include northern Nigeria. The severe drought which has affected the six countries of the Sahel - Mauritania, Senegal, Mali, Niger, Upper Volta and Chad - has now spread to the north of Nigeria, near the Niger border. The sorghum crop, upon which many people in this region depend,
Photo Credit
© B. Imevbore
Part of