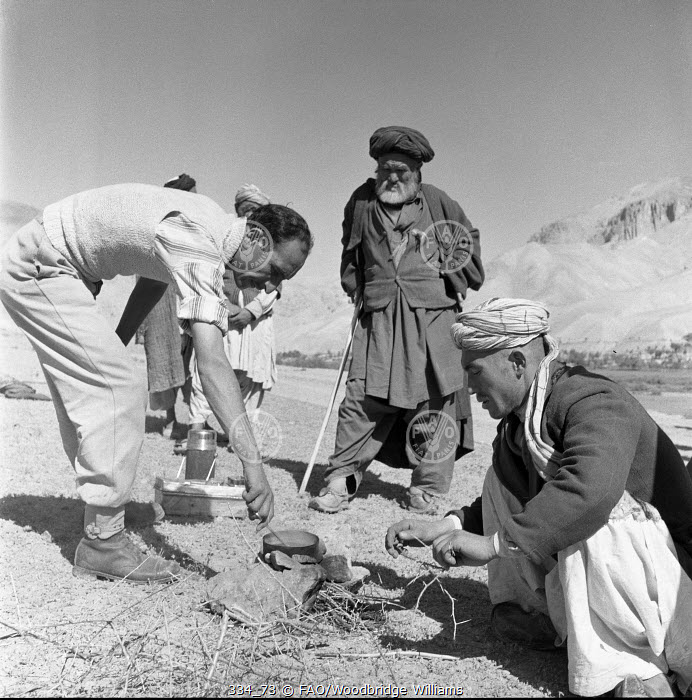 Original filename
334_73.jpg
Country
AFGHANISTAN
Caption
Yaka-Olang, Hazarajat, Afghanistan, 1952 - Ali Mohammad, an army officer loaned by the Government to the FAO rinderpest team, removes sterilized needles to be used for the inoculation against rinderpest.
Rinderpest is still a most serious killer disease of cattle in Africa and Asia and its control is one of the first objectives of the veterinarians of the Food and Agriculture Organization of the United Nations (FAO). An important early project was carried out in Afghanistan by FAO expert Dr. Eric Pierson (U.K.). At first the farmers were reluctant to cooperate, but as soon as demonstrable results were achieved by the use of an effective vaccine, they began eagerly to bring their livestock to be vaccinated.
Photo Credit
© FAO/Woodbridge Williams
Part of