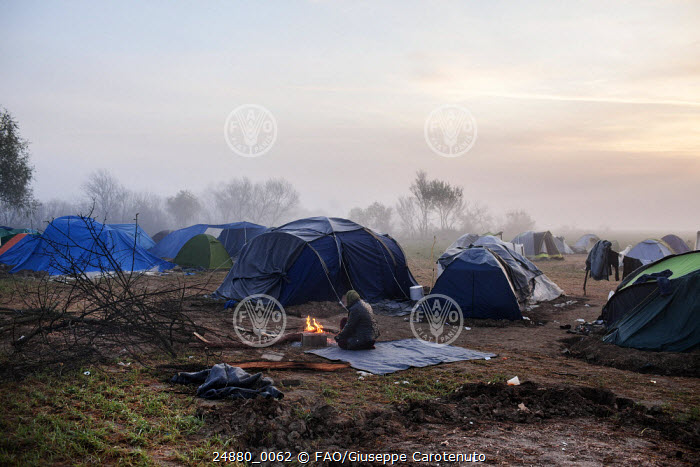 Original filename
24880_0062.jpg
Country
GREECE
Caption
01 April 2016, Idomeni Greece - A refugee around the fire at sunrise after sleeping a cold night in at makeshift camp in Idomeni north of Greece near Greek-Macedonian border.
Idomeni, the symbol of an endless crisis. Thousands of refugees passed through the border every day near the small Greek town of Idomeni, crossing a three kilometer-long barbed wire. Families, mostly from Syria, passed in order to continue their journey to Northern Europe, until the Balkan countries closed their borders preventing them from continuing their journey. For months thousands of souls camped near the border waiting to pass, hoping that the gates would open again. In the end of May the Greece authorities closed the camp and deported many of them to official camps.
Photo Credit
© FAO/Giuseppe Carotenuto
Part of