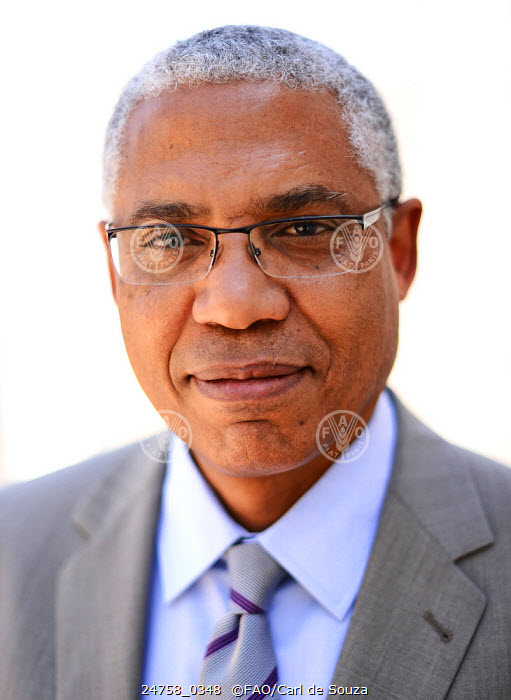 Original filename
24758_0348.jpg
Country
CHAD
Caption
05 November 2012, N'Djamena, Chad - Portrait of FAO Representative Germain Dasylva. ANLA, with support from FAO, is conducting control operations against populations of desert locusts. FAO has alerted Algeria, Libya, Mauritania and Morocco to to prepare for the likely arrival of desert locust swarms from the Sahel in West Africa in the coming weeks. Large locust populations can cause devastation to farmer's crops and to flora which is a source of food for cattle and camels, animals that nomadic people depend on for survival.
FAO Project: OSRO/RAF/214 - Desert Locust Threat in the Sahel - 2012. Objectives: The general objective of this project is to contribute to preserve the agricultural production and the food security of concerned populations in Niger, Chad and beyond. The specific objective of this project is to contribute to control the current Desert Locust outbreak in the infested areas of Niger, Chad and in Mauritania.
Related url
TCD
Photo Credit
© FAO/Carl de Souza
Category
ENV
Part of