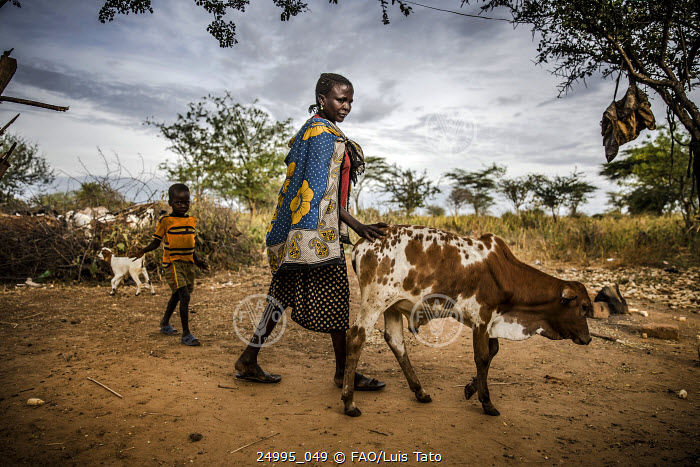 Original filename
24995_049.jpg
Country
UGANDA
Caption
27 January 2020, Amudat, Uganda - A Pokot pastoralist woman walks with a calf early in the morning in the village of Napao in Amudat, Uganda next to the Kenyan border on January 27, 2020. FAO 'Cross-border coordination' practices and set of interventions focus on revitalizing a tradition of resource and knowledge sharing between cross-border tribal groups that had been badly strained by years of violent, inter-ethnic strife, including armed cattle raids, in addition to the effects of a rapidly changing climate. Now, new agreements are in place to offer grazing opportunities across borders, share knowledge on animal health, and develop a joint drought response. As a result, cross-border livestock and grain trade has been restored, local communities are more empowered in government planning and have developed more resilience to climate change, and the health of cattle and other livestock has improved.
Photo credit must be given: ©FAO/Luis Tato
Photo Credit
© FAO/Luis Tato
Part of