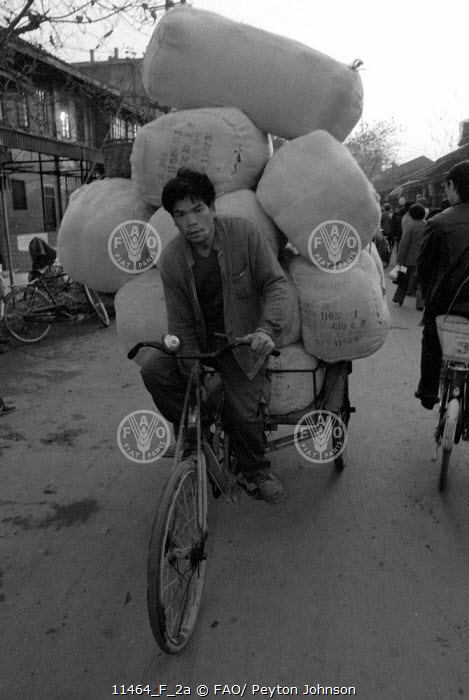 Original filename
11464_F_2a.jpg
Country
CHINA
Caption
CHINA, 1988
At the beginning of 1988, there were 51 FAO-executed or administered projects in
the People's Republic of China, the world's most populous nation. Of these, 24 were
UN Development Programme/Food and Agriculture Organization (FAO) projects, 7 came
under trust funds from donor nations, and 20 were small short-term projects
financed from FAO?s own regular budget through the Technical Cooperation
Prograrrme (TCP). The monetary value of all 51 was Listed at about $6 million.
Though an extremely modest sum when applied to the development needs of
a nation as vast and populous as China, these projects embraced practically
every part of the huge country and the majority of fields under FAO's three
major disciplines - fisheries, forestry and agriculture. Among Chinese officials
FAO efforts were well appreciated, not for their volume but for their quality.
At the end of 1987 agreements for just $7 million worth of new FAO projects,
mostly under trust funds, were signed by the government and Organization officials.
A young farmer hauls a load of his family's produce into the
farmer's market of Chengdu.
FAO photo by Peyton Johnson
Photo Credit
© Peyton Johnson
Part of