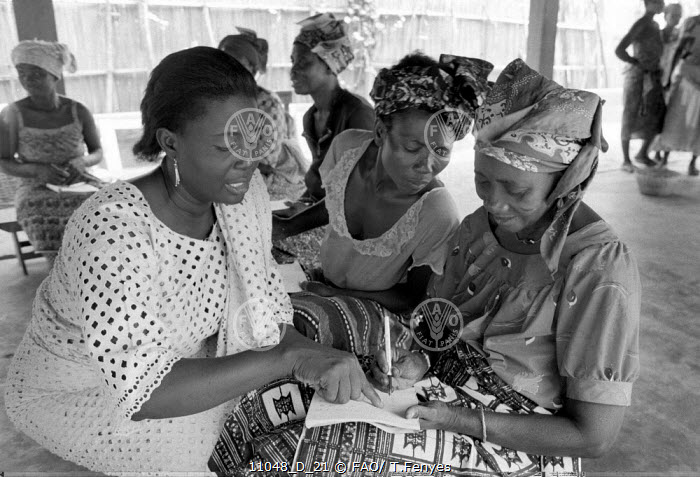 Original filename
11048_D_21.jpg
Country
BENIN
Caption
Improving techniques in fish-processing cooperatives: Benin 1984
Fish has always been an important element in the Benin diet.
Yet national fish production has fallen by 30 percent over the last 10 years although the country?s population
grows by 2.8 percent annually. In the past decade too, the consumption of local fish products declined by half, increasing reliance on imports.
To reverse this trend, and work toward food self-sufficiency, the Benin government set up 30 fish processing cooperatives in 1980.
In Benin, women do the processing and marketing of the fish caught by their men. FAO has been working with these women, training them in improved production and
distribution techniques. Some of these women?s cooperatives have also branched out into other activities, such as selling general groceries or processing and selling coconuts and palm oil.
Women learning to write and count in the cooperative at Ayiguinnou.
Photo Credit
© FAO/T. Fenyes
Part of