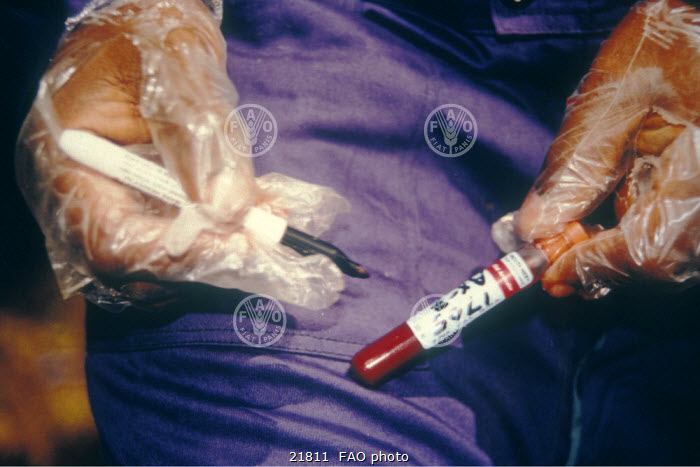 Original filename
21811.jpg
Country
KENYA
Caption
Labelling blood samples immediately after collection (the number 1705 relates to a female aryshire cross). The samples are then stored in a cool box until they are delivered to a laboratory for analysis. - - Emergency Analysis and Control of Rift Valley Fever and Other Vector-Borne Diseases: TCP/RAF/8821. An epidemic of Rift Valley Fever has recently affected livestock and humans across most of Kenya and southern Somalia and a number of other transboundary animal diseases have also gravely affected all the livestock species. Because of the implications of this emergency on the welfare and food security of the human populations in the areas (which are dependent on livestock for their sustenance) and the risk of expansion of the area affected by the complex of animal disease, action was taken to insert animal health components into appeals for humanitarian aid for the worst hit areas.