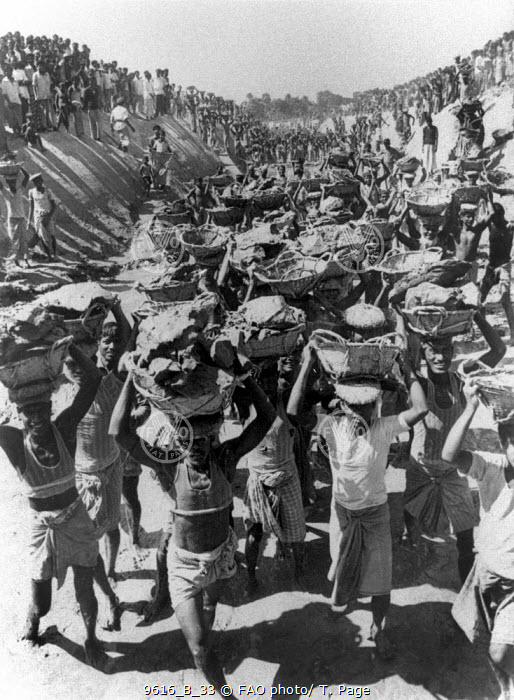 Original filename
9616_B_33.jpg
Country
BANGLADESH
Caption
RELIEF WORKS FOR LAND AND WATER DEVELOPMENT, Bangladesh, March 1976. World Food Programme is supporting food-for
work projects in Bangladesh currently employing up to two million workers. More than 1,500 major agro-oriented projects are being implemented all over the country. The aim is to reactivate some of the country's great waterways both to conserve water for irrigation and to drain away flood water in the monsoon season. The projects include construction of over 21 000 miles of embankments and re-excavation of about 2,200 miles of canals. Workers are pald in wheat provided by WFP. It is estimated that as a result of this work the farmers of Bangladesh should produce 800,000 tons more rice than they did last year. 56,240 tons of wheat have been sent by WFP at a cost of $10.4 million, and a further 108,000 tons have been requested at an estimated cost of $21 million.
Photo Credit
© T. Page
Part of