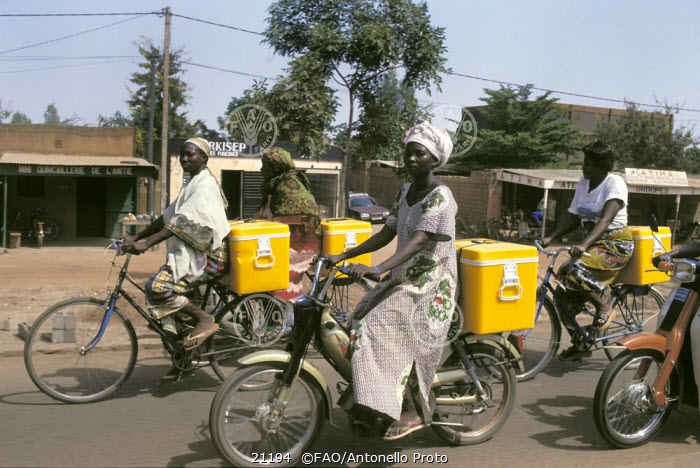 Original filename
21194.jpg
Country
BURKINA FASO
Caption
Women transporting fresh fish in their iceboxes donated by the project. The iceboxes, maintain the quality of the fish that they will sell. - - Supporting Project to Two Groups of Women for Fish Conservation and Marketing in Ougadougou: TFD97/BKF/001. In Burkina Faso the production of fish amounts to about 8 000 tons per year, most of which is consumed in the capital, Ougadougou. Women play an important role in the distribution of fresh fish, which is an activity through which they improve their family economy.